After YOU helped us fax and equip 8,000 pastors in California, asking them to gather petitions with Privacy for All Students (PFAS), nearly 620,000 petitions were submitted to STOP the co-ed bathroom law from taking effect.  This broke a record for initiatives in CA history.

Lead attorneys claim the bad law has been blocked while CA Secretary of State counts petition signatures for validity.

“A leading California education and public agency law firm has issued a statement confirming that AB 1266 did not go into effect on January 1,” reports PFAS.  Some proponents of the “co-ed bathroom law” have put forth the idea that the law became effective at the first of the year, despite a referendum effort designed to put the measure on the November ballot.

“Fresno based Lozano Smith, LP, notes that AB 1266 was signed by Governor Brown last year but ‘a referendum challenge was mounted to prevent AB 1266 from becoming law, and the referendum effort has caused the effective date to be put on hold.'”

Karen England, a spokesperson for Privacy For All Students, says her organization is calling on school officials to respect the law and the peoples’ right to challenge laws with a referendum:

“Now they have been told definitively that the co-edbathroom law has not taken effect.  It will be interesting to see what these districts do.  Will they side with a vocal minority threatening the privacy and safety of our children, or will they follow the law?”

PFAS successfully exceeded 78% validity in the initial count, so now a full count of signatures must be undertaken.

[Dr. Chaps’ comment:  It remains critical that your daughters and wives are protected from sexually abusive men and boys who wish to rape them, at least visually, by gaining “legal” access to their public locker rooms.  This law is no adolescent joke, but endangers all public school children, making them targets of the homose xual recruiting agenda.]

Let’s stop Nancy Pelosi from enacting these bathroom laws in all 50 states.  Sign our petition to Congress…

Judge to Christians: Celebrate Gay Weddings or Go To Jail

Spreading “civil rights commissions” in most cities and states are turning toward anti-Christian persecution, when Democrats and Judges rule that homosexual “rights” take precedence over Religious Freedom to opt out.

Such was the case last week, when a pro-gay Judge in Colorado supported a pro-gay “rights” commission to enforce a Democrat non-discrimination law that openly punishes Christians.

Jack Phillips, a Christian baker, was deemed to have no First Amendment protections, no right to protest, no free speech, no freedom of religion.  Instead he was warned by Judge Robert N. Spencer that he must personally help celebrate homosexual “wedding” ceremonies or face $500 fines per future incident or jail. 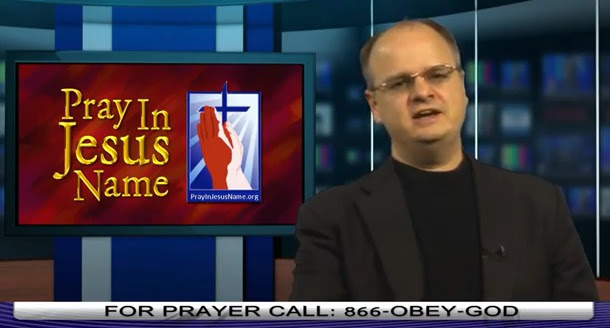 Watch!  Dr. Chaps’ 7-minute TV commentary on the Judge who ordered a Christian baker to participate in a homosexual “wedding” ceremony–>

Jack Phillips’ reply?  He’d rather go to jail, than compromise his faith, conscience, and religious belief.

This man is a hero, and needs some legislators willing to change so-called “non-discrimination” laws into religious freedom laws.

The U.S. Senate voted 64-32 to force the gay ENDA agenda upon Christian Business Owners, trampling our religious freedoms, and forcing Christians into bankruptcy and lawsuits if they refuse to hire homose xuals that oppose their corporate mission.

“With supporters Claire McCaskill, D-Mo., and Lisa Murkowski, R-Alaska, not present, the vote initially appeared as if it would fall short. The drama was heightened by a small number of Republicans concerned about religious exemptions in the bill.

“Collins called Sen. Charles E. Schumer, D-N.Y., into the GOP cloakroom to broker a deal to get the needed votes, according to a senior Senate Democratic aide. And with supporters hovering one vote shy of the 60 needed, Portman and Toomey emerged to provide the 60th and 61st votes.”

Watch!  Dr. Chaps’ new TV interview with Will Perkins on the history of Colorado Amendment 2 which banned homose xual “marriage” in Colorado.

The bill now moves to the House of Representatives.

“The bill would bar employers with 15 or more workers from using a person’s sexual orientation or gender identity as the basis for making employment decisions, including hiring, firing, compensation or promotion,” reports AP.

“Heritage Action said Friday that the bill would ‘severely undermine civil liberties … and trample on religious liberty’ while potentially undermining job creation. The conservative organization called for a vote against the bill and said it would record the vote on its legislative scorecard.”

[Dr. Chaps’ comment:  For-profit business owners have NO religious exemptions, which will force Christians to choose:  either quit your business or hire gays who may directly oppose the mission of your corporation.  Owners of Bible publishers, Christian bookstores, Chick-Fil-A and Hobby Lobby will no longer be permitted to operate a business that honors God and fulfills their owner’s mission to promote godliness in the marketplace.]

Let’s petition all 435 Congressmen to OPPOSE and FILIBUSTER this bad ENDA bill.

Friends, their version of tolerance now requires bankrupting Christian employers, or any public restaurant or retail store that refuses men full access to women’s bathrooms.  We must take action to stop ENDA from becoming law.